SNK FORCE: Max Mode MOD is an SNK officially authorized strategic card game that combines fighters from the famous fighting franchises. The fighters travel through time and space to meet on the battlefield of the present day– Kyo Kusanagi and Haohmaru will fight shoulder to shoulder and Mai Shiranui and Nakoruru will work as a team. Investigate an all new adventure and ignite your fighting spirit!

[SNK Officially Authorized]
The game begins with the revival of Orochi and continues to a contest of strength between Kyo Kusanagi, Iori Yagami and the other strongest fighters of the world, with the addition of Ukyo Tachibana, Amakusa and other characters who have been teleported through time and space to the present day.

[Smooth and Satisfying Strategic Battles]
Who says cards and battle don’t mix! Classic combo and instakill functions are back with a vengeance– strike at just the right moment and see your attacks land with a smooth and satisfying animation.

[A Deep System and a Variety of Game Modes]
The game includes a wide variety of game modes, including: Story Mode, Ultimate Trial, Demon World Crusade, Side Legends, and Fight Tournament, as well as a number of PVE and PVP interactive game modes after players have joined a Club.

[Collect Characters and Develop their Destinies]
The fighters of SNK are ready to fight for you, activate their predestined bonds and watch the power of your team skyrocket! 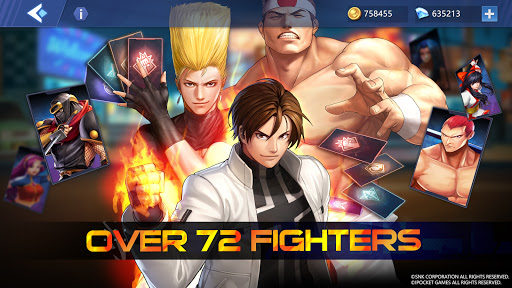 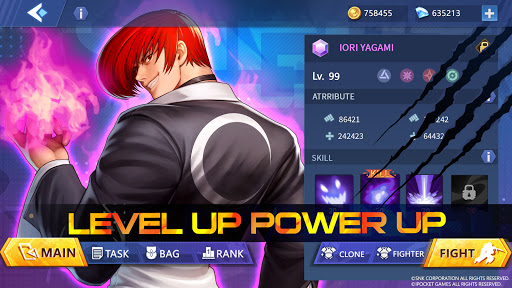 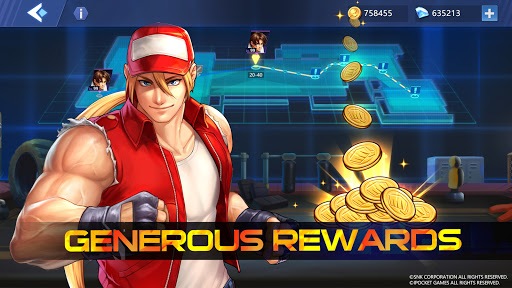 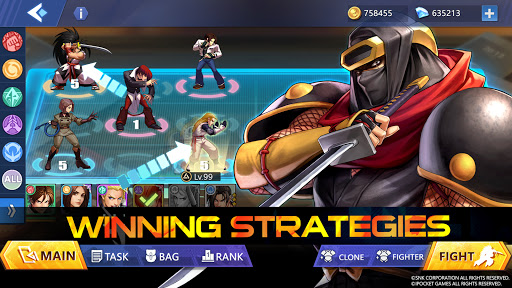 1.102 + MOD: Increasing Gems
Home › Game Request › SNK FORCE: Max Mode MOD
We use cookies to ensure that we give you the best experience on our website. If you continue to use this site we will assume that you are happy with it. - Learn more…